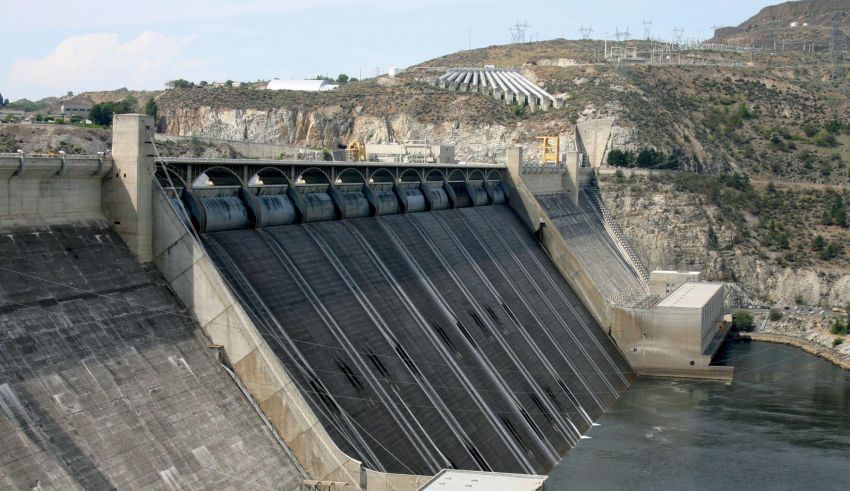 In North Central Washington, the Columbia River is the cornerstone of life. But even more important is the infrastructure that makes up the Columbia Basin Project. Grand Coulee dam provides electricity, flood control, and recreation and the ditches and canals deliver water to fields–all critical to the economic vitality of our communities.

In the 1930’s, President Roosevelt had the vision.  The Columbia Basin Project would bring families to settle the land, make it productive, and supply the country with food.  At the same time our country needed more electricity to power factories producing supplies for the war. Americans were hungry for manufacturing and industrial achievements to demonstrate our domestic strength. With the advent of large-scale and affordable hydropower, the 550-foot Grand Coulee Dam stood to meet the needs of irrigated agriculture, domestic manufacturing, and served as a tool for national security.

Fast forward more than 80 years and nearly 700,000 acres have been developed to provide a reliable source of irrigation water to farmers. The unique growing region, plus the water delivery, provides the perfect environment to grow everything from tree fruit and wheat, to potatoes, alfalfa, timothy, canola, sunflowers, and dozens of other crops that contribute $7 billion to the economy.

Water infrastructure isn’t just for farmers.  The need to invest in water infrastructure stretches beyond irrigated agriculture to transportation, food processing, trade, national security, and recreation. The Columbia Basin Project plays host to 3 million recreationalists a year with the outdoor industry growing to become a leading economic engine in the area in and around the Project. Banks Lake provides boating and fishing and is home to Steamboat Rock State Park.

Roosevelt Lake is the largest lake created by the water infrastructure and stretches 151 miles with beaches, campgrounds, boat ramps, and fishing. A portion of the lake is designated as a National Recreation Area ensuring activities like boating, fishing, and swimming continue for generations. Even the Grand Coulee Dam sees nearly 300,000 tourists a year.

But more needs to be done! 300,000 acres still need to receive water in order for project completion. The key to this is funding for the infrastructure development. The State of Washington has been an incredible partner to the Project, pulling in more than $105 million in infrastructure investments. This includes $15 million that was approved in the capital budget just this year.

At the federal level, Washington’s congressional delegation continues to fight for limited funds. Senator Cantwell (D-WA), Senator Murray (D-WA), Congressman Newhouse (R-WA-4), whose district encompasses the Columbia Basin Project, and Congresswoman Schrier (D-WA-8), who is a freshman member of Congress representing the neighboring communities of Wenatchee and Cashmere, have worked to weave the priorities of the Columbia Basin Project into federal funding and infrastructure legislation.

Lately, these members have specifically pressed for increased funding for and support from the Bureau of Reclamation to prioritizes the Odessa Groundwater Replacement Program.  This program seeks to build-out Project infrastructure so local farmers have access to secure and reliable water. Without this investment, farmers are left pumping water from deep wells that are beginning to run dry creating a crisis for local cities and towns that rely on the same water. The infrastructure must be built to give farmers access to surface water and save the ground water for those that have no other source of water.

Since 1964, we have been serving as the voice of the Columbia Basin Project – advocating for completion and sustainable maintenance.You can help.Join the League today.