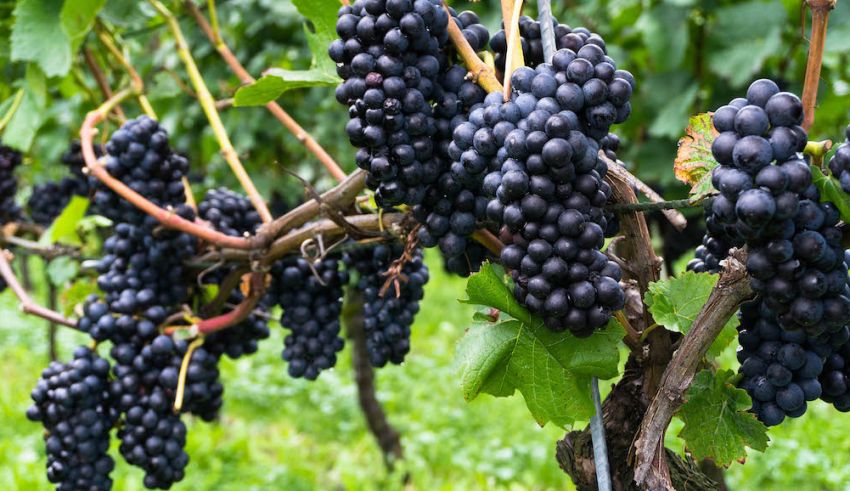 Washington’s wine grape crop may have been smaller in 2020, but according to farmers and winemakers—quality is high. The Washington State Wine Commission’s annual Grape Production Report, compiled with information provided by all Washington State wineries, showed 178,500 tons of wine grapes were harvested in 2020, an 11% decrease compared to 2019. “The smaller harvest is due to many factors,” explained Steve Warner, President of the Washington State Wine Commission. “The first factor is Mother Nature. We had a series of freeze events in October 2019, which many farmers say led to smaller canopies and yields in 2020. Some regions experienced wind and rain at bloom time, which contributed to a smaller cluster size. We then had several smoke events during harvest, which we are finding to have had limited negative impact to the grapes on a widespread scale, but did impact picking decisions. All of this paired with varied levels of business concerns related to COVID-19 added up to a smaller crop.” It was a relatively warm year, and although Eastern Washington received some heat spikes, it was a fairly moderate summer. All across the state, farmers reported smaller berry size and extended hang time in 2020, which is traditionally a recipe for high quality wines in Washington. “The early feedback we’re receiving from winemakers is exciting, as these 2020 wines are showing excellent balance and structure,” Warner said.Cabernet Sauvignon again rose to the top at 52,000 tons or 29% of the total. Chardonnay was second at 28,100 tons or 16% of the total. Riesling, Merlot and Syrah rounded out the top five, which altogether equated to more than 80% of the crop. For four years running, red varieties have accounted for nearly 60% of the total production. Every published variety saw a decrease in production with the exception of Riesling, which saw a slight increase compared to 2019. Farmers received an average of $1,495 per ton, which was an increase of $180 over the previous year. Cabernet Franc received the highest average price per ton at $2,167.Resources:•    2020 Washington Wine Grape Production Report•    2020 Washington Wine Vintage Overview•    2020 Washington Wine Grape Harvest – Key Stats