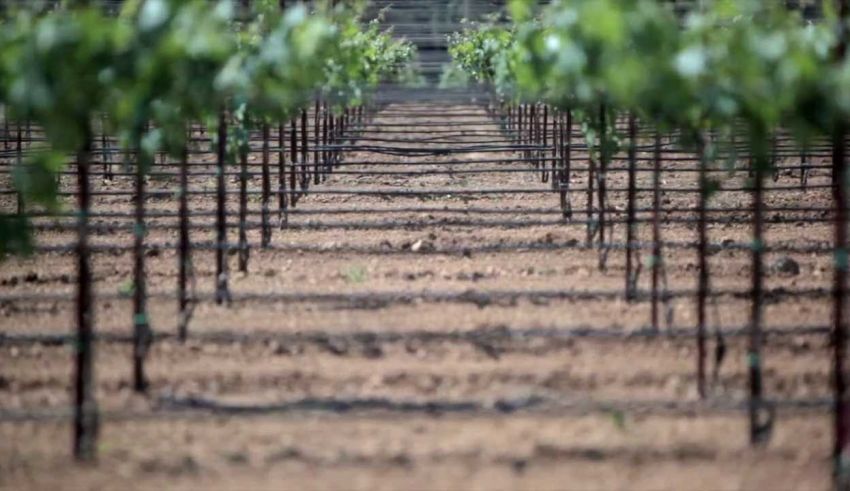 During drought years, especially when irrigation water supplies are limited, conserving available soil water for vine water use is important. This paper focuses on management of vineyard middles to increase water availability to vines. For an excellent discussion of all aspects of vineyard management to conserve water resources see “Reducing vineyard water use: mechanisms, strategies, and limitations” by San Luis Obispo County UCCE Viticulture and Soils Advisor, Mark Battany.

Seasonal considerations in California’s Mediterranean climate: In the fall and winter the presence of cover crops or resident vegetation on the vineyard floor helps to increase the infiltration of rainfall into soil. During these cooler months, the loss of soil moisture from evapotranspiration of the cover crop or resident vegetation is similar to the rate of evaporation from bare soil. Therefore, the presence of living plant cover during fall and winter is beneficial to the soil water balance.

As vegetation continues to grow during warmer and drier spring months, the amount of evapotranspiration from the plant cover will begin to exceed that of evaporation from bare soil or soil covered with mulched plant material. Therefore, terminating plant cover in the spring with mowing, herbicide, or shallow tillage will conserve soil moisture. Plant mulch generated from chemical or mechanical mowing of vineyard vegetation will help to prevent evaporation from the soil surface, and greater plant mulch amounts will more effectively conserve moisture.

Where little plant mulch is available, soil water loss can be further reduced by tillage, which disrupts soil structure and reduces the conduction of water from deeper in soil to the surface. In effect, tillage creates a soil mulch to slow evaporation. This approach is most often used in un-irrigated vineyards.

The best tillage approach for water conservation: While tillage can preserve soil moisture, excessive tillage to create a “dust mulch” is not more effective in conserving soil moisture and can damage soil health and function, compared to reduced tillage. Researchers in the dry inland Pacific Northwest found that one pass tillage was equal to or better than creating a fine soil mulch for water conservation: “Conventional thought has been that it takes several passes to create an effective soil mulch, but our data shows this is not true. Soil does not need to be extensively tilled into fine particles to provide a barrier to evaporation.” Furthermore, they found that the cloddy, high residue surface created by a single tillage pass increased soil aggregation and water infiltration, reduced soil crusting, and increased the soil’s resistance to erosion compared to conventional tillage.

Soil health considerations: Excessive tillage is detrimental to soil health and can cause pollution. When soil has been pulverized, rainfall creates a surface crust that seals soil pores and increases surface water run-off. This not only reduces water infiltration into the soil profile, it can lead to erosion and sediment pollution of local surface waters. Loss of the surface soil layer, “topsoil”, where organic matter and nutrients are concentrated, reduces a soils capacity to support plants, which in turn reduces its ability to sequester carbon. Disruption of soil structure by tillage exposes protected organic matter to microbial decomposition. Eventually, this leads to reduced soil organic matter levels and microbial populations in soil. Because most soil carbon is found in soil organic matter, reductions in soil organic matter mean reductions in soil carbon sequestration. Soil organic matter also acts like a sponge, so reducing it shrinks the soil’s water-holding capacity. A final important consideration is the added expense and fuel use for additional tillage passes. 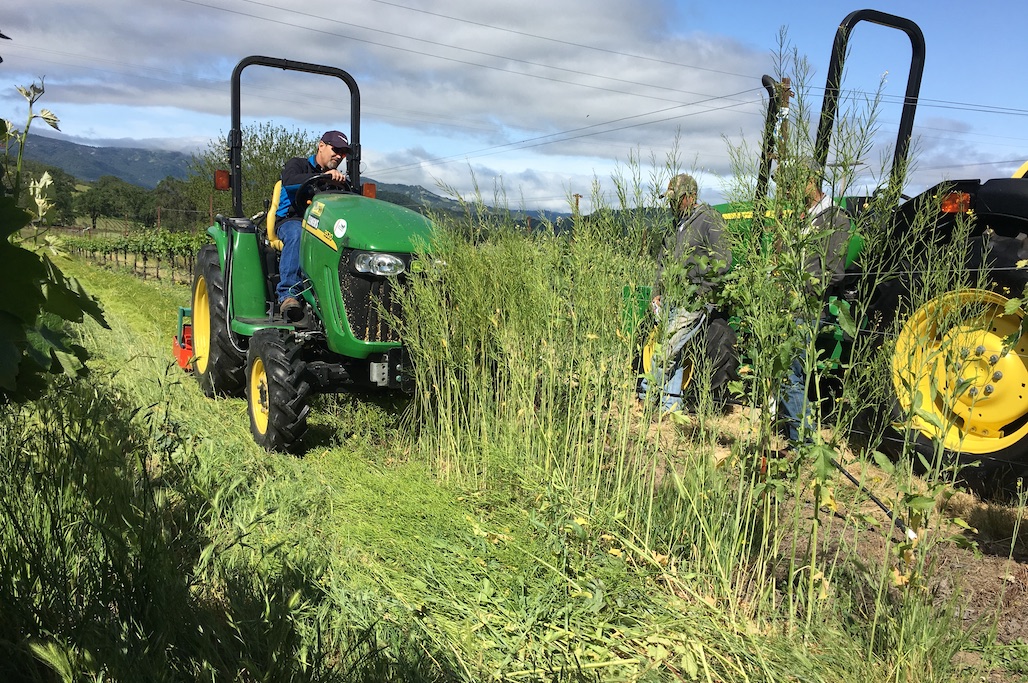