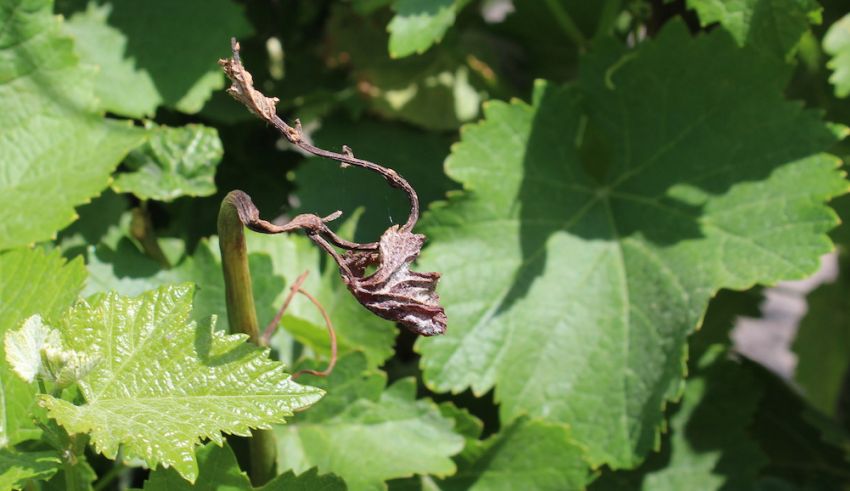 Figure 1. Cold damage of Cabernet franc grapevine grown in NE-OH. Note growth of suckers at the vine base (photo by Maria Smith).

The cold events (temperature in low to high-20s) at the end of April were initially to blame. Even though these temperatures are lethal to young emerging shoots as it was observed in central and southern Ohio, this was not the case in northern Ohio since most buds were still closed. Therefore, we suspect that previous and successive cold events since January through March were the culprit for the extensive damage. The warm spells in late February and early March accelerated the timing and magnitude of deacclimation (loss of cold hardiness). Figure 2 shows the minimum temperatures in January that ranged between 0 and -11F. I doubt those temperatures had caused extensive damage in most varieties (except the most tender vinifera). So the extensive damage is unlikely from the January events. Figure 5 shows daily minimum and maximum temperatures of 2021 and 2022 at the AARS in Kingsville. Note warmer February in 2022 than 2021, and peaks of maximum temperatures (70s) in mid-March followed by sudden drop to 15.2F then 18.3F at the end of the month. Even though we don’t know the level of deacclimation in each variety, the low temperatures in the mid-teens were likely lethal. Furthermore, there was a large swing of temperature from 85.3F on April 24th to 28.2F on April 29th, which could have been damaging to buds in the early stages of development. Maria Smith and Andy Kirk also observed more damage in low lying vineyards and those with southern aspects (exposure), which tend to intensify deacclimation (due to excess heat accumulation) and hence exacerbate cold damage. Figure 5. Daily minimum and maximum temperatures in 2021 and 2022 at the AARS in Kingsville.

Regardless of the origin of the damaging cold events, vines sustained shoot damage, bud damage, or damage to the vascular tissues (cane, cordon, trunk). The following section describes the steps to take to address each type of cold damage.

Managing cold damage of frosted shoots: recommendations for managing the vineyard in the event of frost damage can be found in the APRIL 2020 OGEN.

Managing trunk damage: It is an ideal time now to assess trunk damage. The abundance of sucker growth is an indication of trunk damage. In 2014-2015, we experienced one of the worst cold damages to vineyards across Ohio. We conducted several trials to determine the best management practices after cold injury. The following are highlight of our findings and recommendations: Figure 6. Sucker growth is an indication of trunk injury. Keep all suckers when retraining new trunks for following season. Finally, make sure you contact your local FSA representative and report damage. You need to document the damage. In 2014, we developed a factsheet that shows different types of vine damage. Please visit this link Assessing cold damage in early summer to read or download. It is also used by FSA reps to assess freeze damage.

As always, please do not hesitate to contact our Grape Team (Gary Gao, Andy Kirk, Maria Smith and Imed Dami) if you have any questions regarding managing vines after cold damage. — By: Imed Dami, HCS-Ohio State University