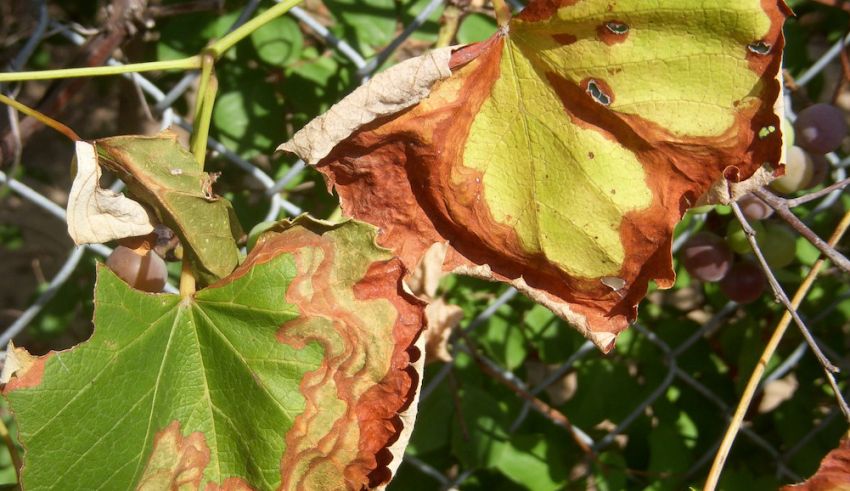 We continue to see quite a bit of Pierce’s disease (PD) in our vineyards this year, to include our northern Georgia sites. I am convinced that bacterial titer drives this disease, and bacterial levels in the plant are determined by the vectors (type and number of sharpshooters involved), winter temperatures, and possible alternative hosts. I visited a Lomanto site near the Florida line, and though this grape cultivar is reported as being tolerant of PD, most vines were showing significant symptoms; of five samples taken, all were positive for PD. I believe tolerance is relative to the location for some cultivars, and though we have never seen PD in west Georgia or the Athens/Atlanta area with Lomanto, the vector pressure farther south may just be too great. This has been reported in southern Mississippi as well. We continue to learn, but the school of hard knocks is not fun.

Vinifera grapes can grow in the northern part of the state, but with warmer winters, the disease increases. We are having warmer winters. In Tiger, GA (~2000 ft or higher elevation), we had 8 days below 15.1 F in the winter of 2008-2009 and 11 days below 15.1 F in the winter of 2009-2010. Over the last three winters, we have had 1 day at Tiger (cumulative across all three winters) below 15.1 F, which is a critical temperature for PD curing in Vinifera vines. This year, we have observed significant PD in Tiger vineyards.

we are now also finding Pierce’s disease (PD) symptomatic Crimson Cabernet vines in our Horticulture Farm trial in Watkinsville, GA — just outside of Athens. Shane Breeden, a Ph.D. student in the Plant Pathology Department identified symptoms recently, and Kendall Johnson, another Ph.D. student from the Plant Pathology Department, confirmed via a test kit that Xylella fastidiosa is present in symptomatic leaves (see below for symptoms). This is concerning, but we do not know whether the disease will advance in this cultivar to kill the vines. Crimson Cab has been anecdotally reported as being tolerant to PD, but we will observe the vines over time to determine the true impact. If you have this cultivar in your vineyard, we do not have a firm recommendation as to how to address symptomatic vines — leave them or destroy them as you would a symptomatic Vinifera grape. The same is true of Lomanto, though as reported last week, it may die in the southern part of the state anyway. Muscadines can sometimes show symptoms, especially during droughts, but most muscadine cultivars are highly tolerant of the disease, and symptomatic vines are never removed. With the Lomanto and Crimson Cabernet vines, I simply do not have an answer at this time. I would tend to gravitate towards the “wait and see” approach for now, as I would hate to destroy vines that would naturally recover over the winter. If we really want to determine whether these cultivars are going to work in Georgia, watching them over time would be the best approach in my opinion.

As an additional update on the winter temperatures observed over the last few years, please see below for rough graphs of the average low temperatures (Fahrenheit) and days below 15.1 F at Tiger, GA. As with much of the data associated with weather and climate, the relationships are not as solid as one might expect, but the trend lines are definitely concerning. The bottom line is that we need several days of cold temperatures below 15.1 F to cure PD from vines, and we have not had this for years. If we are not obtaining these curing temperatures at Tiger, you can understand why PD is so prevalent at lower elevations — even where we have successfully grown Vinifera grapes in past years. If we have a few colder winters, the disease will retreat again.

Where PD is observed, the immediate destruction of infected plants and control of vectors is critical. We really need to consider using applications of imidacloprid insecticides applied to the soil through irrigation. Foliar sprays are helpful, but the irrigation route is best for efficacy. If you have questions concerning PD or its identification or management, please contact your local county agent. They are more than willing to help. — By Phil Brannen, University of Georgia Plant Pathologist