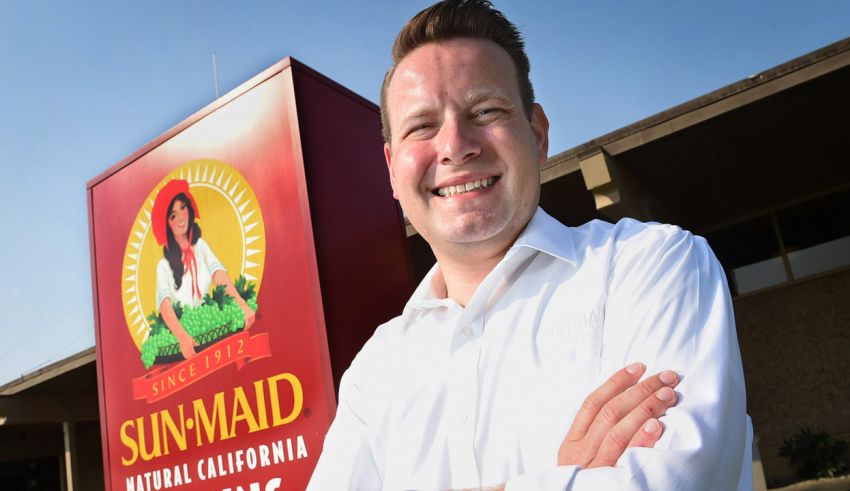 As part of the company’s commitment to growth and efficiencies, Sun-Maid Growers of California announced it will move its corporate offices from Kingsburg and satellite offices from northern California to a new consolidated headquarters in Fresno this summer. Sun-Maid’s Kingsburg location will be transformed into a center for operational excellence and product development to further incite innovation and encourage a strong focus on new products for the brand. To ensure a beneficial transition for employees,  individuals may elect flex schedules, remote access and work-from-home options—all of which are being made available to the existing workforce.
The moves reinforce three key areas to help drive the company’s transformation: it will support the growing talent base, create a culture of creativity, collaboration and excellence, and build its innovation pipeline. Sun-Maid’s expanded Central Valley footprint serves as another milestone that’s part of its re-emergence in the marketplace, which has included the hiring of a new CEO and launch of its first integrated campaign in a decade.
“This move marks a monumental step in our progression in terms of talent, culture and innovation,” said Harry Overly, CEO and president of Sun-Maid. “Everyone knows Sun-Maid’s iconic red box, and we all have special memories growing up with these raisins in tow. With an expanded headquarters and more poignant focus on creative ideas and products, we look forward to spurring even more of these moments, while continuing to offer natural, healthful options for parents and kids alike.”
In addition to the new Fresno office, the Kingsburg site will remain a vital hub for the organization. It will still employ more than 700 people, including functions like finance, grower relations, research & development, and operations management.  The Sun-Maid Market will remain open as an iconic visitor center for the brand’s local customers.
This relocation marks a return to Fresno, where Sun-Maid was founded in 1912 and headquartered until 1964, when it built a new production facility in Kingsburg. Since then, Fresno, which is the fifth largest city in California, has gained prominence as a central economic hub for agricultural production and attracted top talent. With significant growth goals for the coming years, Sun-Maid looks forward to capitalizing on such distinctions. The new headquarters will be at the southwest corner of Palm and Herndon at 6795 North Palm Avenue.
To further cultivate a nurturing and modern culture, Sun-Maid’s new Fresno-based headquarters will feature a contemporary atmosphere to inspire creativity and teamwork. The relocation will allow for endless business and community possibilities by bringing more than 100 employees spanning departments including marketing, sales, finance, customer service, human resources and IT, among others. “We look forward to having all our professional cohorts working together, face to face,” added Overly.
Click To Comment