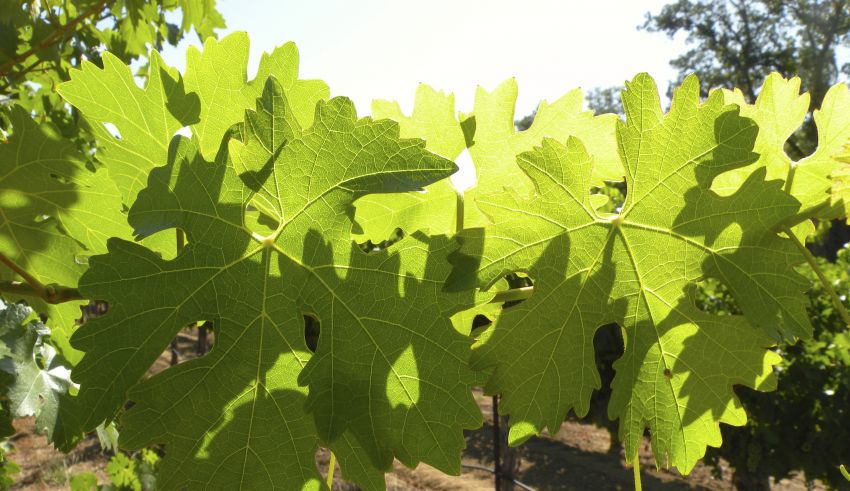 With summer season upon us, an understanding of the seasonal uptake of potassium (K) is essential to time fertilizer applications. Potassium is required by grapevines in large amounts and is essential for vine and fruit growth. In the spring from budbreak to bloom there is a high demand for K as new growth develops at a high rate. The most critical need for K comes later in the year during berry development and ripening. It is during this time that berries become the strongest sink for available K especially between veraison and harvest. This may be due to the berry’s high demand for K during rapid cell expansion.

Potassium plays a key role in cell expansion and has a major role in many plant metabolic processes. Movement of K into and out of guard cells regulates the opening and closing of stomata. As such inadequate K affects stomatal regulation and can lead to excess water loss from leaves. Potassium is a key factor in the plants ability to transport and translocate assimilates which helps to promote root growth and fruit size. Potassium also plays a role in the osmotic potential regulation, which is one of the important mechanisms in the control of plant water relations and turgor maintenance. Since K can affect both the roots ability to uptake water and the leaves ability to stop water loss, deficiencies can contribute to water stress and leaf desiccation. This may be apparent as a “scorch” of the tissue. The affected leaves acquire a scorched appearance, with leaf necrosis and reddening (on red varieties) developing from the leaf margins towards the center of the leaf.

As an essential nutrient it is recommended to use a trifold approach to assessing potassium status in the vineyard. Looking at K concentrations with soil analysis, plant tissue analysis, and visual assessment of foliage for symptoms of deficiency. Soil analysis is done pre-plant, and then every 2 to 3 years thereafter. Plant tissue analysis should be done at least every other year to monitor vine nutrition, or as needed to diagnose potential nutrient deficiency symptoms. Visual assessment is ongoing. Soil testing, however, has limitations in accurately predicting the need for additional potassium fertilizer since there are so many factors that affect uptake and utilization including soil type, texture and depth, amount of soil compaction, root pest damage, varietal, rootstock, irrigation practice and crop size. In fact, the actual K available for plant uptake represents a very small fraction of the total K in soils. This is why soil K levels have generally not ben reliable criteria for indicating the actual K status of grapevines. Petiole analysis has been the main tool for assessing K status and the need for K applications to vines. Petioles are usually collected at bloom from leaves opposite clusters on the shoot. Vines are generally sufficient at 1.5% to 2.0%, and deficiency may occur at 1.0% or less. While petiole analysis is not completely reliable tool for making K management decisions, it is the most consistent guideline currently available.

Deficiency symptoms can appear in early spring in cool wet years, but mild deficiencies may be seen just before harvest. Visual symptoms tend to show when the grapevines are heavily cropped and maintenance applications of K have not been made in the vineyard. Deficiency is often observed in areas with sandy soils with low native K fertility, or where topsoil was removed for leveling. Compacted soils, poorly drained soils, water stress and vines with weak root systems due to presence of soil pests may also contribute to K deficiency due to poor uptake. By mid- summer symptoms of K deficiency will exhibit chlorosis of the leaf margin and between the main veins and marginal burning and curling of the leaves will develop as symptoms progress (Image 1). When deficiency is severe shoot growth is significantly reduced and vines may defoliate prematurely, especially if the crop is large.

Fertilization programs should focus on replacing potassium loses to harvest, as well as to correct for any deficiencies found through monitoring. Wine and table grape harvests remove approximately 5 pounds of K per ton of fresh fruit. For raisins grapes this will translate into approximately 17 pounds of K removed from the vineyard per ton of dried raisins.

In general foliar fertilization has been an economic and practical method to provide mineral nutrients, particularly micronutrients, however foliar nutrient programs of macronutrients have not been effective and economical on grapevines due to phytotoxicity tolerances, leaf barriers and limited mobility of certain elements. On the other hand, fertigation with drip irrigation both micro and macronutrients has been an effective way to manage grapevine nutrition.

A variety of potassium products can be used in dry or liquid forms. In general, different forms of K fertilizer do not offer an advantage from each other, except to consider the use of potassium chloride, which can cause salt injury or potassium–magnesium sulfate in which magnesium can interfere with potassium uptake.

Potassium fertilization should be applied during early spring (a few weeks after budbreak) up to veraison and is most effective when applied under drip irrigation. In the San Joaquin Valley, many soils have high K fixing capacity and can tie up to 50% or more of added K fertilizer. This K is not lost, but rather stored between layers of clay and slowly released in soil solution as exchangeable K. However, most will not be available fast enough during times of high demand, especially following veraison. Therefore, it is more practical to apply little amounts of K on weekly basis than a large amount all at once. An effective strategy for K maintenance in the San Joaquin Valley is weekly applications over the course of 10 to 15 weeks at a rate of 10 to 15 kg/ha up to veraison. Potassium fertigation is discontinued at veraison as the maturing fruit becomes a strong sink for K.

The method of application and formulation of K will be determined by how fast the response is needed, how long it has been since any K was applied, and whether the aim is to fix a deficiency or for maintenance. Generally, there is no hard or fast rule on K application, amount, or timing. Keep in mind that the interaction of available nutrients, soil type, crop load, irrigation management, rootstock, varietal make difficult to establish a general rule that fulfills a wide range of potassium needs in the vineyard. – By Carmen Gispert, UCCE Riverside & San Diego Counties