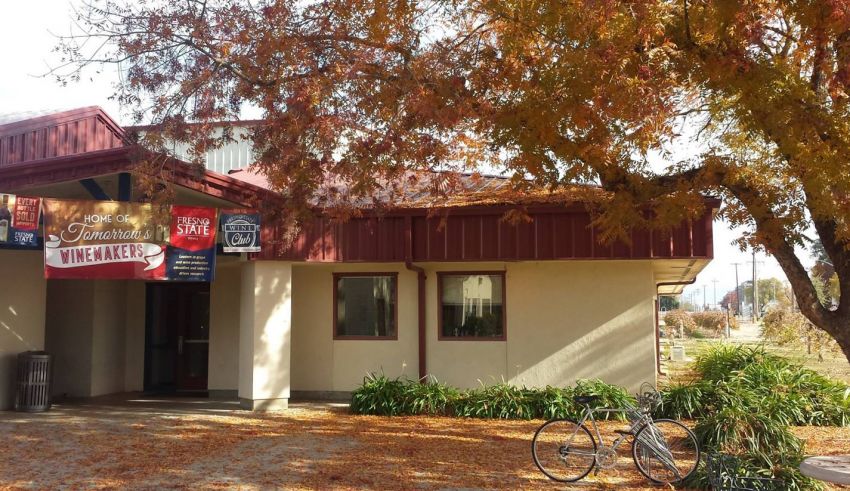 Although they graduated more than a decade apart, Fresno State alumni Nathan Cardella and Joseph Maldonado fondly shared the same memories as many current enology students.

“The smell that would radiate during crush, bottling or racking,” Cardella said. “The best part was being able to still smell it during classes. It brought back memories of working in our family vineyards while I was growing up.”

That experience also prepared Cardella to start the Cardella Winery with his father, Rod, on their property in Mendota after he graduated in 2004. It’s also the same Italian-style boutique winery that employs Maldonado as its winemaker.

The Fresno State Winery has long dubbed itself as the “Home of Tomorrow’s Winemakers,” and it has now created a new wine club to reunite its supporters and alumni like Cardella and Maldonado.

The Alumni Vintners Wine Club’s first installment in May quickly sold out and featured Cardella’s 2014 Barbera and 2018 Pinot Grigio editions, along with four of the campus winery’s student-made varietals. The shipment also included a coupon for a two-person tasting at the scenic, Panoche Circle-area winery that is situated in the Central Coast foothills.

Cardella’s Barbera vintage received an impressive 90 point score from Wine Enthusiast magazine. The Pinot Grigio’s profile was equally complex and a nod to the family’s roots in Tuscany, where Nathan Cardella worked and studied for a year after graduation.

“Fresno State armed me with the knowledge to make flawless wines,” Cardella said. “The industry knows that Fresno State is a premier school that teaches not only the science of winemaking but also how to use winery equipment and run a wine business.”

The Cardella Winery and vineyard are rooted in the family tradition that goes back to Marlia, Italy before Carlo Cardella emigrated to Firebaugh in 1902. The winery still specializes in Italian varieties that are all grown on the estate, and currently includes Chardonnay, Merlot, Moscato, Prosecco, Ruby Cabernet, Syrah and Vin Santo vintages.

“I fondly remember classes with Dr. (Sanliang) Gu and experimenting in the campus vineyard to make wines from crop-forced vines,” Cardella said. “That was a tremendous experience learning that you could shift the ripening period of vineyards from summer to fall and produce grapes with more color, tannin and acid. We share those same general ideals at Cardella. We want to share incredible San Joaquin Valley wines with the people that live here.”

He reconnected with the Fresno State Viticulture and Enology Department by hiring Maldonado soon after he graduated in May 2016. Cardella now focuses more on the family’s commercial vineyard and ranch operations while serving as a winemaking consultant.

Maldonado may not have had the same family connection where he grew up in Dos Palos, but quickly found a similar passion once he arrived at Fresno State.

“Helping out at the campus winery and working in the cellar at Toca Madera Winery were instrumental experiences,” Maldonado said. “Also being able to assist faculty like Dr. Thornton and Dr. Rodriguez in research while being involved with the fall crush helped prepare me tremendously for the industry.”

Looking ahead, future campus Alumni Vintners Wine Club deliveries will occur three times a year in the same delivery time frame as normal wine club shipments. The next shipment, featuring Chateau Montelena wines from Napa Valley, will take orders through mid-September and will then be shipped in October. Chateau Montelena and its CEO and president Bo Barrett, a Fresno State alumnus, were featured in the 2008 film “Bottle Shock” — a Napa Valley love story highlighting the rise of California wines.

New members should sign up by mid-September for the October shipment at: https://store.fresnostatewinery.com/Wine-Club.

The campus winery also welcomes new wine club members outside of California by registering at: https://store.fresnostatewinery.com/Wine-Club/Out-of-State-Clubs.