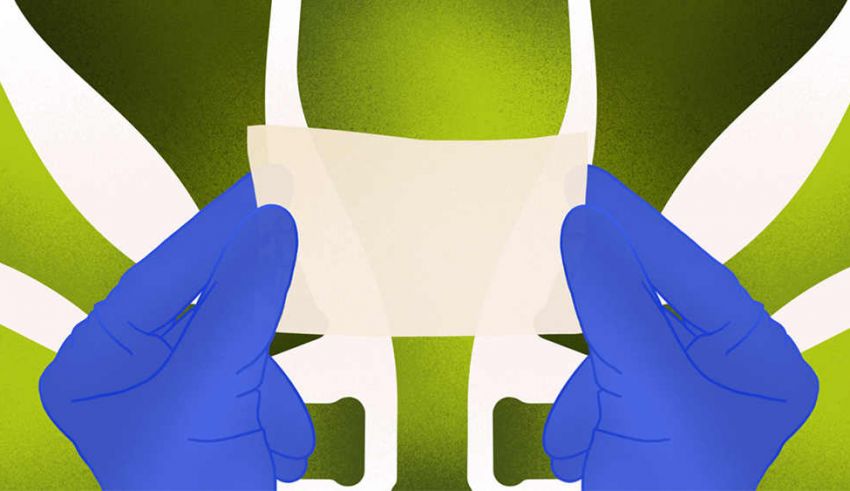 Spoiling foods, souring wine and worsening wounds have a common culprit — a process called oxidation. Although the ill effects of these chemical reactions can be curtailed by the action of antioxidants, creating a sturdy platform capable of providing prolonged antioxidant activity is an ongoing challenge.

Researchers at Texas A&M University might have solved this problem with their new antioxidant mats. Made from an intertwined network of ultra-fine strands of a polymer and an antioxidant found in red wine, the researchers said these mats are strong, stable and capable of delivering antioxidant activity for prolonged periods of time.

“Our innovation is that we have fine-tuned the steps needed to spin defect-free, ultra-microscopic fibers for making high-performing antioxidant mats,” said Adwait Gaikwad, a graduate student in Dr. Svetlana Sukhishvili’s laboratory in the College of Engineering and a primary author of the study. “Each fiber is intermolecularly linked to several antioxidant molecules, and so the final mat, which is made of millions and millions of such fibers, has enhanced antioxidant functionality.”

A description of their study is in the February issue of the journal ACS Applied Materials & Interfaces.

Although oxidation is a common natural phenomenon, left unchecked this chemical reaction can be detrimental. For example, in alcoholic beverages, too much oxidation leads to the formation of acetaldehyde from alcohol, altering the drink’s taste, color and aroma. In the body, oxidative stress causes a buildup of free radicals that can harm healthy cells and body tissue.

However, oxidative reactions can be kept in control by the action of antioxidants. These compounds readily combine with ambient oxygen or donate electrons to neutralize charged radicals. Of the many antioxidants, a molecule found in red wine, called tannic acid, is particularly attractive because it is also antibacterial and antiviral. The researchers said these remarkable properties are due to the presence of groupings of atoms called polyphenols within tannic acid’s molecular structure.

“Polyphenols are natural organic compounds that are also known for their antioxidant properties,” said Hanna Hlushko, also a graduate student in Sukhishvili’s laboratory and a primary author of the study. “Turns out that the tannic acid is replete with these polyphenol motifs, which make it an efficient binding partner to many molecules and a great scavenger of free radicals.”

In past studies, antioxidants were blended into synthetic mats. Put simply, in this technique, mats are made by first mixing a polymer and antioxidants together and then flattening them into a sheet. But the researchers said these mats have lower functionality because the surface area for antioxidant activity is limited.

And so, to increase the surface area for antioxidant activity, they created an antioxidant mesh made with ultrafine fibers of polymer and tannic acid. Thus, each strand of this mesh-like mat could contribute to antioxidant activity. Furthermore, unlike the earlier blending technique, they chose a polymer that could hold on to molecules of tannic acid by making hydrogen bonds, thereby increasing the overall strength of the final mat.

To make these fibers, the researchers filled a syringe with tannic acid, a polymer called polyvinylpyrrolidone and a combination of solvents. Then, as they squeezed the mixed polymer-antioxidant solution out of the syringe, they applied a voltage of 16 kilovolts between the tip of the syringe and a spinning drum collector located a short distance away. This extremely high voltage pulled the polymer into nanofibers as it traveled from the syringe to the collection drum. At the end of the spinning process, they had an interwoven, nanofiber mat.

When the researchers examined these mats under a high-power electron microscope, they found that the nanofibers were without any defect that could compromise the mat’s mechanical properties. Also, they showed that these mats are stable at the pH of water and can provide sustained antioxidant activity by releasing tannic acid continuously for around 20 days.

They also noted that the hydrogen bonds between polyvinylpyrrolidone and tannic acid increased the strength of their mats by up to 10-fold more than mats spun from polyvinylpyrrolidone fibers alone. Thus, the nanofiber design made the mats mechanically strong and yet gave them cloth-like flexibility to wrap around objects.

“We have created antioxidant mats with a high surface area, robust mechanical properties and the ability to provide long-term antioxidant protection,” said Gaikwad. “Also, the release of tannic acid is on-demand — the hydrogen bonds hold the antioxidants in the material until there is an external stimulus, like pH. These properties make our mats suitable for diverse applications, from bandages for wound-healing to inner linings of containers for food storage.”

Gaikwad and Hlushko contributed equally to this research. Other contributors include Parvin Karimineghlani and Dr. Victor Selin from the Texas A&M Department of Materials Science and Engineering.

This work is supported by the National Science Foundation and the Texas A&M Engineering Experiment Station. – By Vandana Suresh and Dharmesh Patel, Texas A&M University