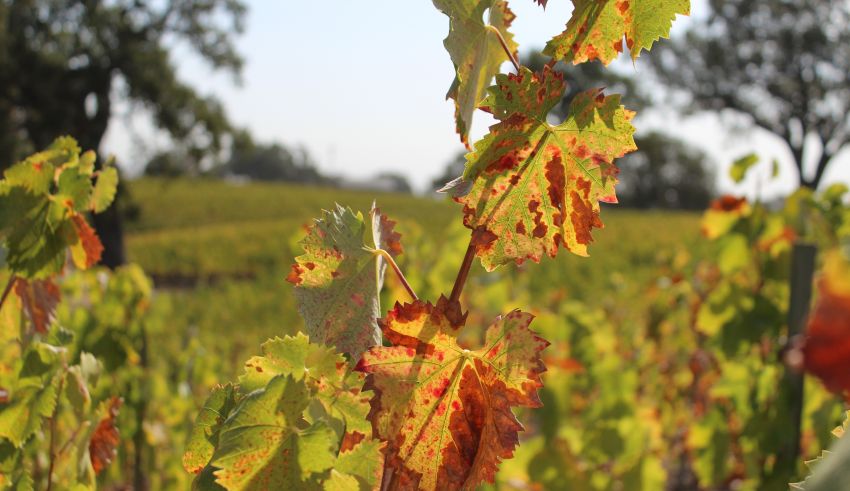 Is this Red Blotch or not? It’s not easy to tell without a lab test; however, the new LAMP method will be able to help the grape industry find the answer more quickly and affordably (Photo by Matthew Malcolm)

Loop-mediated isothermal amplification (LAMP) is a relatively new nucleic acid amplification technology where targeted DNA of biological samples are amplified under isothermal conditions. The amplified DNA is then detected by indirect detection methods such as turbidity and non-specific dyes. LAMP surpasses the limitation of expensive thermal cycler requirement of polymerase chain reaction (PCR) based amplification and can be implemented by any individual with relatively short training and simple protocols. Since its discovery, LAMP is used in diagnosis of many human and plant diseases where rapid results, specificity, and low-cost efforts are desired.

In 2019, a team of researchers developed a grapevine red blotch virus (GRBV) specific LAMP assay with a simple protocol for point-of-use detection that is more sensitive, quick, and affordable than tissue extraction. The assay sensitivity was tested in extracted total nucleic acids (TNA) from GRBV infected vines where LAMP outperformed both quantitative polymerase chain reaction (qPCR) and PCR assays in their detectability of manually set nucleic acid concentrations. In the lab-based assays, qPCR and PCR detected the nucleic acid diluted to 10,000 and 100 fold dilutions, respectively, whereas LAMP detected the TNA diluted to 1 million concentration. Furthermore, based on general conversations with current LAMP users for GRBV detection, LAMP’s estimated cost per sample is around $2, whereas PCR or qPCR detection is $30.

In 2020, we compared the accuracy of three GRBV detection methods in samples collected from a commercial vineyard in southern Oregon. The vines were naturally infected, and their GRBV status was predetermined from year-end sampling in 2019. We selected 20 GRBV positive and 20 negative vines. The samples were collected from the base, middle, and top of the canopy at fruit set, veraison, and harvest. The sampling unit consisted of two leaf blades with petioles collected from each side of the cordon. Each sampling unit was tested with LAMP, PCR, and qPCR assays. The LAMP test involved pin- prick assay where four petioles were pricked three times each along their length with a sterile pipette tip, and four leaf blades were stacked and pricked six times with the same pipette tip. PCR and qPCR tests involved total nucleic acid extraction and standard sets of primers for individual tests. Every sampling unit was recorded for symptom status at the time of collection. The test results suggested a 30% increase in virus-infected vines within a year. Out of 20 negative vines in 2019, only 14 vines tested negative in 2020. All positive vines were consistently positive in 2020; however, their detectability by the assays differ significantly among the vine canopy throughout the testing stages. At fruit set, qPCR was the only assay that detected positive vines with 100% accuracy from basal leaf samples. At veraison, both PCR and qPCR; and at harvest, all methods including LAMP detected positive vines with 100% accuracy from basal leaf samples. Only 90% of the positive vines were symptomatic at harvest. When the ability of these methods to test negative vines were analyzed, all processes, except LAMP detected negative vines with 100% accuracy. The positive ratio on LAMP ranged from 14 to 29% at veraison and harvest

samples. However, it is too early to determine whether LAMP’s positive detection is due to higher sensitivity (true positive), or non-target binding of the dyes in the detection process (false positive). We will continue to monitor the detectability of these assays in dormant canes and leaf petiole samples in subsequent years using the same vine.

Given its sensitivity, affordability, and simplicity, the LAMP method can be a promising tool in monitoring grapevine red blotch virus and may be integrated into regular vineyard management programs. — By Dr. Achala KC, Assistant Professor, Oregon State University Southern Oregon Research and Extension Center (SOREC)