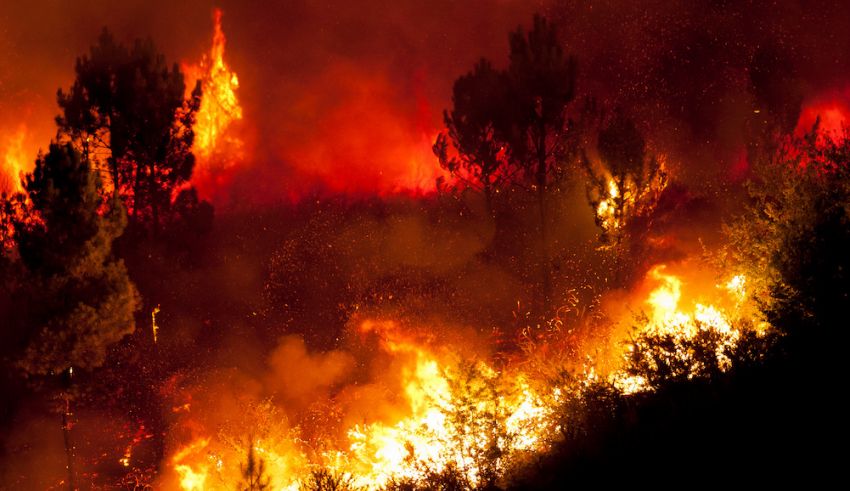 Thanks to the warming climate, the potential for more severe nighttime wildfires is increasing, and warmer nights mean firefighters will not be able to rely on cooler temperatures to help them get a handle on fires, a new study shows.

Forty years ago, cool, moist nights regularly provided relief to firefighters, and “flammable nights” that facilitated fire activity were rare. Now, because of climate change and warmer overnight temperatures, there are 11 more flammable nights every year in the U.S. West — a 45 percent spike, the team found.

“Our evidence shows the candle literally burning at both ends in terms of extending the diurnal cycle of fire activity,” said UC Merced climatologist Professor John Abatzoglou, one of the co-authors of the study published today in the journal Nature. “This study adds to the rich body of science documenting significant changes in the fire environment in recent decades that obviously have played out here in California and the western U.S.”

The study was led by the Cooperative Institute for Research in Environmental Sciences (CIRES) Earth Lab at the University of Colorado Boulder and included authors from UCLA and Boise State University.

The new analysis relied on a key measurement of the thirst of the atmosphere — the Vapor Pressure Deficit or VPD. When the VPD is relatively low, the air is cool and moist, and fires cannot thrive. Fire suppression operations take advantage of these nighttime conditions to squelch flames. But when the VPD is high, the air is hot and dry, parched and primed for burning.

And in a first: the team analyzed satellite observations and hourly climate data for 81,000 global fires to pinpoint the VPD tipping point when it becomes hot and dry enough to burn at night. The researchers found one full week of additional flammable nights per year in burnable lands across the globe in the last 40 years. And in the western United States, they increased by 45 percent.

The team also used a novel remote sensing and modeling technique to evaluate fire progression hourly for tens of thousands of fire events and found globally, night fires became 7.2 percent more intense from 2003–2020. In the U.S. West, that number was much higher: 28 percent.

People tend to pay more attention to daytime conditions, but the nighttime really matters: Human-caused climate change has comparatively warmed the night more than the day over the past seven decades — and it’s only going to get worse from here, the team said.

“We really don’t need yet another reason to keep ourselves up at night, but with warming nights enabling nocturnal fires — here we are,” Abatzoglou said.

California has endured a series of historic fire seasons in recent years exacerbated by several factors, including extreme drought and heat. Ongoing changes in climate in the context of these fire seasons have increased the urgency to scale-up proactive land management to limit negative fire impacts to society and ecosystems, he said.

The past few fire seasons, including the Colorado fire near Big Sur in dry, windy late January, further highlight the importance of better understanding the climate-related drivers of wildfire. In 2021, California experienced more than 8,600 fires that burned more than 2.5 million acres. — By Lorena Anderson, University of California Merced & Katherine Weeman, University of Colorado Boulder