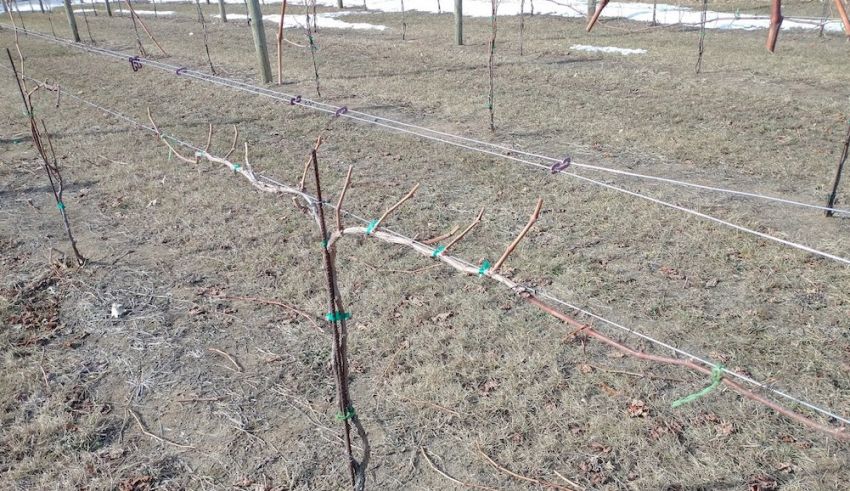 The grape breeding program team collects annual grapevine bud survival counts at the UMN Horticultural Research Center in late winter. In general, bud survival was high at this location. Most varieties are coming out of the winter very well.

The data reported below is meant to help inform grape growers about relative 2021 expectations, but only reflects a sample of vines on one site. Growers must do their own bud survival counts in order to know how each variety did on their vineyard, and to make site-specific pruning decisions. 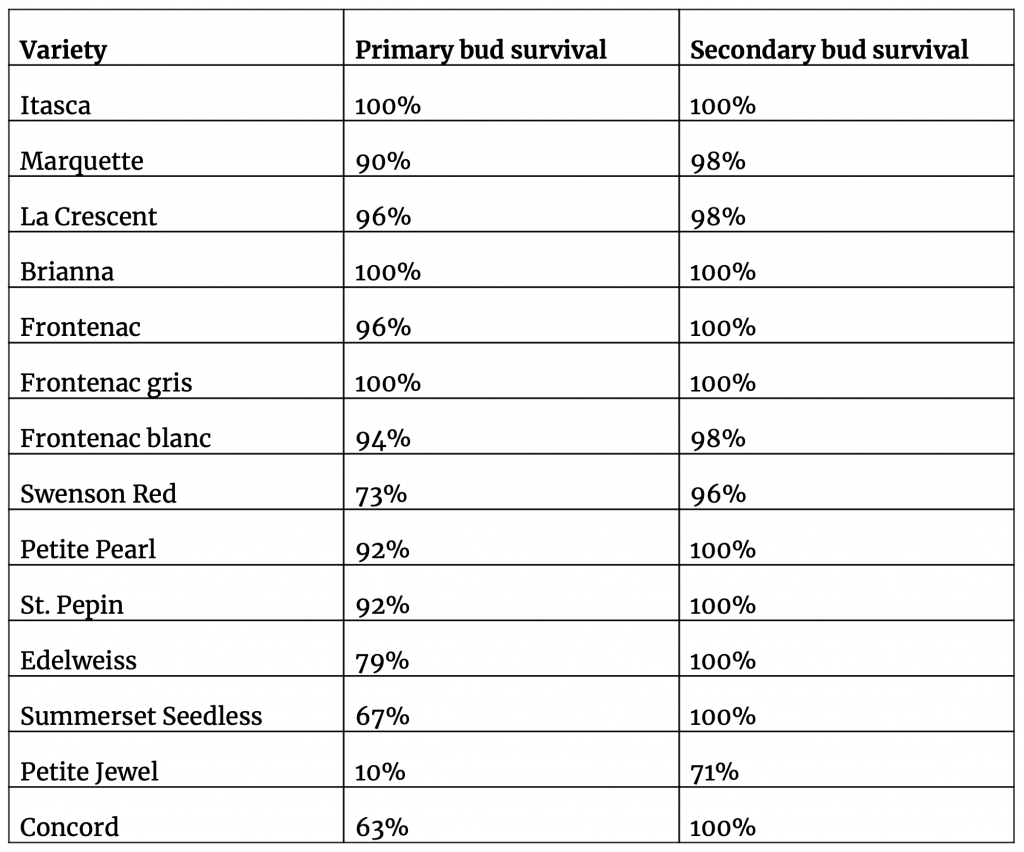 The excellent bud survival rates on most of these varieties suggest minimal need for leaving excess (insurance) buds, at this particular site. However, a long prune (for example, 4 buds per spur instead of 2-3 per spur) would still help protect the vines from a late frost by delaying emergence of the two bottom buds on each cane. Growers who leave excess buds should anticipate a need for shoot thinning unless a late spring frost kills a portion of the early shoots.

Notes about this Winter:

This winter has been relatively mild. Notable cold periods included mid-October and early February, and the vines at the HRC appeared to do very well despite these cold spells. The 2020 growing season was dry, with a high number of growing degree days that allowed the vines to fully ripen their wood and buds before the winter set in. Additionally, for the most part, temperatures stepped down gradually from the fall into the winter. Likewise concerning the February cold period, temperatures decreased gradually and stayed cold for several days rather than fluctuating rapidly up or down. All of these factors likely contributed to the strong bud survival of these cold hardy vines.

Again, this information is meant for general guidance only; growers must do bud counts on their own vines and consider their own local weather, before drawing specific conclusions or choosing how many buds to maintain per vine. — By Annie Klodd, John Thull, Jenny Thull, Colin Zumwalde and Matt Clark, University of Minnesota Extension