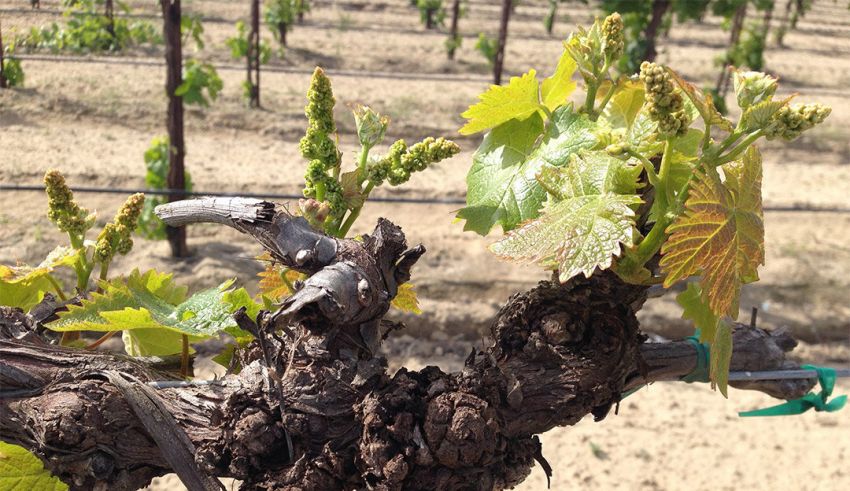 Crown gall (Agrobacterium vitis) is caused by a bacterium. The most noticeable symptom is the formation of corky galls that often form on infected plants on the trunk. Galls may also form on the cordons. The formation of galls is dependent on the grapevine being injured and initiating a wound response to the injury. The injury can be the result of winter cold damage, mechanical injury from vineyard equipment or from the process of grafting the scion wood to the rootstock. Although pruning can be considered a mechanical injury, pruning does not seem to result in crown gall initiating the infection process. In regards to dormant pruning this makes sense since the grapevines are not physiologically active to initiate a wound response. An injured grapevine wound response is to release sugars and phenolics at the site of injury. This process attracts the bacterium and the infection cycle begins. The bacterium incorporates a segment of its genetic material into the grapevines genetic material. You can think of this as natural genetic engineering. 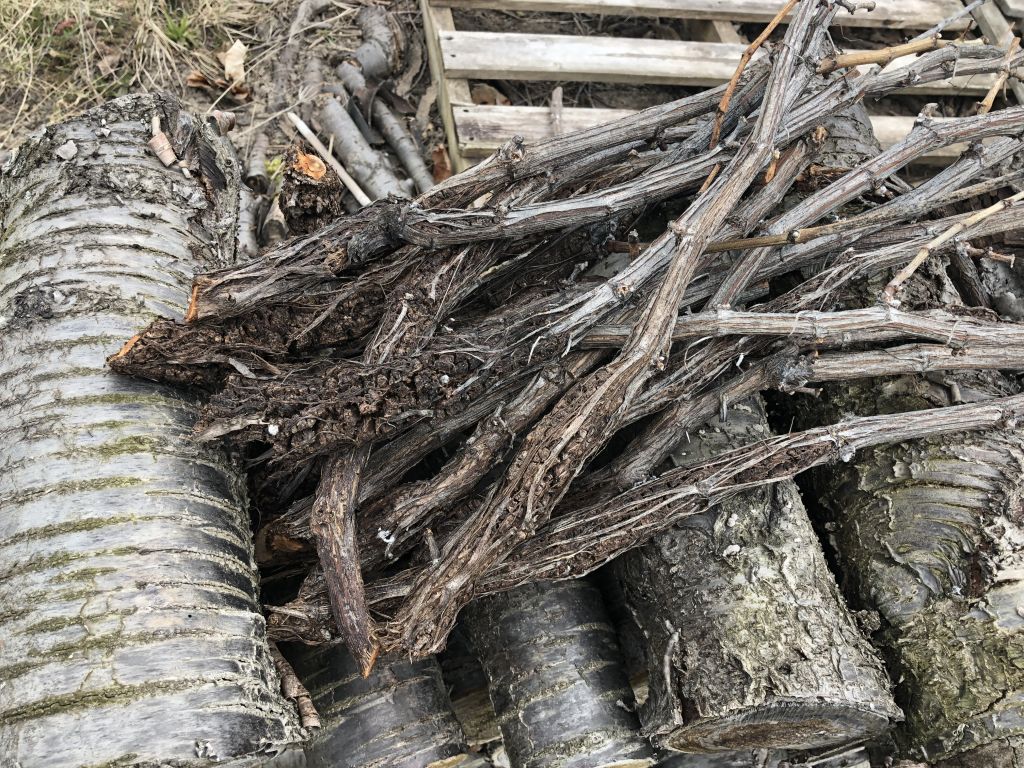 The bacterium is ubiquitous in the environment and has the ability to survive both in dead and live grape material as well as in the soil. It is not uncommon to find the bacterium in vineyards not expressing symptoms of crown gall. The bacterium can live epiphytically on grape tissues such as leaves, shoot tips and tendrils. The bacterium mainly overwinters in the root system and during the spring the bacterium is swept upward in the xylem as a result of root water pressure.

One of the more interesting aspects of crown gall is that plants can be infected with the bacterium but the plants never develop symptoms (asymptomatic infection). This likely results in grapevines being propagated from what appears to be healthy plants. In turn this results in the spread of Crown gall through planting material. This can also be true in the propagation of grapevines grown for rootstocks. Therefore, in grafted grapevines there is likely greater potential for crown gall since either the scion or the rootstock material may be infected with crown gall and a mechanical injury is part of the grafting process.

Research continues on biological control of Crown gall. Some products are currently on the market, although it is unknown how these products perform in Missouri. Tom Burr at Cornell has been working with a strain of bacterium, A. vitis (nontumergenic) that does not allow A. vitis to initiate gall formation. Another strain is K1086, which is genetically modified and has the trade name NoGall. This is a preventative product and is not curative of vines already expressing Crown gall symptoms.

Soil-borne nematodes have also been implicated in contributing to the incidence of Crown gall. In Hungary, grapevines infected with Root knot nematodes Meleidogyne hapla had a higher incidence of Crown gall. In Missouri 9 of 48 soil samples collected in vineyards had Root knot nematodes (Volenberg, unpublished) Some rootstocks are highly resistant to Crown gall. These include C3309, 101-14 Mgt, and Riparia Gloire. There is evidence that rootstocks resistant to Crown gall may impart some resistance to the scion.

There are differences in grape cultivar susceptibility to Crown gall. Most Vitis vinifera are highly susceptible whereas Vitis labrusca and hybrids have increased resistance to Crown gall. Recent research has shown that there is a grape genotype by Crown gall strain response. Whereas a certain grape cultivar may be resistant to one strain of A. vitis but highly susceptible to another strain of A. vitis.

Since A. vitis is systemic in a grapevine it is often spread through contaminated planting stock. Recent research has shown that A. vitis can be found in leaves, shoot tips and woody material. Previous research, demonstrated that shoot tip cuttings were free of Crown gall. However, magnetic real-time PCR with higher levels of detection shows that Crown gall is systemic throughout infected grapevines.

Prevention is your best practice in managing Crown gall. Demand Crown gall free planting material from your grapevine suppliers. Try to select grape cultivars that are resistant to Crown gall. Prevent mechanical damage to trunks in the vineyards from lawn mowers, weed eaters, and tractors. Select rootstocks that have resistance to Crown gall. Prior to planting a new vineyard block determine if soil borne nematodes are present. – By Dean Volenberg, University of Missouri Grape & Wine Institute