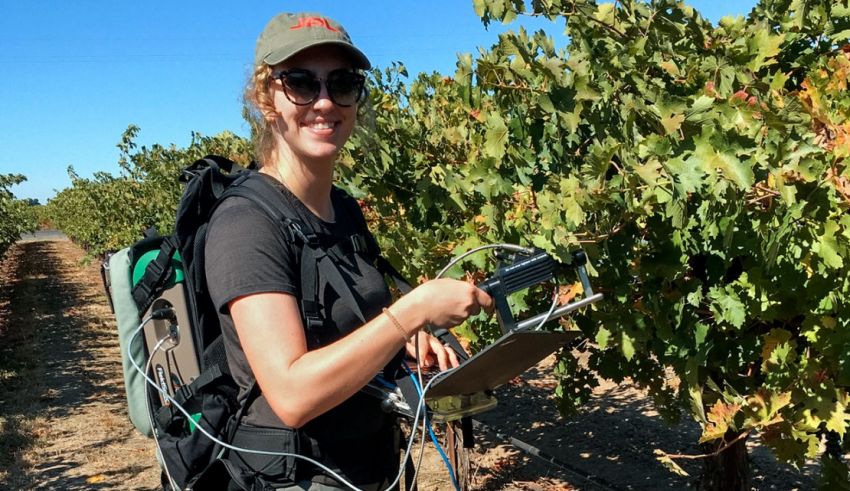 The climate in New York state is ideal for cultivating many grape varieties but also makes the region a breeding ground for pathogens such as grape downy mildew disease.

While pesticides are commonly used to help control it, the pathogen is beginning to develop resistance to a group of fungicides commonly used in East Coast vineyards.

Caused by the fungus Plasmopara viticola, grape downy mildew (GDM) is one of the most devastating grape diseases in New York state. Grape clusters are highly susceptible after the vines finish blooming, and late-season infections can defoliate vines right when the berries are trying to ripen. This damages maturation, winter hardiness and eventually crop return.

In 2018, the first known occurrence in North America of the disease’s resistance to carboxylic acid amide (CAA) fungicides was documented in Virginia and North Carolina.

“Right now, CAA fungicides are one of the most widely used tools in the fight against GDM in New York, and the grape industry simply can’t rely on this stand-alone strategy,” Gold said. “If we can develop additional management strategies as CAA resistance continues to emerge, we’ll be better able to safeguard our state’s grape industry.”

This summer, Gold will start surveying vineyards in the Finger Lakes region to determine the prevalence of grape downy mildew. As the project continues, the team will test a variety of non-CAA fungicides and then create extension materials for grape growers about managing CAA resistance.

Current methods for detecting fungicide resistance require growers to take grapes off the vine and test them in a laboratory setting, which is time-consuming and destructive. The long-term objective for Gold’s project is to test whether hyperspectral sensors can detect fungicide resistance right from the vineyard while keeping grapes on the vine.

The hyperspectral sensors Gold will use measure light reflectance in the visible to shortwave infrared range of the electromagnetic spectrum – a range of light seven times larger than the human eye can see. These wavelengths of light interact with the chemical bonds and tissues that downy mildew impacts, directly and indirectly, during plant infection.

At the early stages of infection, before the leaf gets too diseased, these sensors can detect subtle differences in light reflectance linked to pathogen properties. In theory, Gold could use the sensors to look at a fungal isolate inside the leaf and see differences in the leaf spectral profile that could indicate how sensitive that particular strain of downy mildew is to fungicides.

If this theory holds, then she will evaluate whether this process could be scaled up to passive monitoring, rather than through active sampling.

“Ultimately, if both these things are true, this means that sensors could make finding resistant downy mildew a whole lot easier for growers,” she said. “The findings from this project will immediately improve downy mildew resistance detection, mitigation and management for New York growers, while driving forward the basic science needed to make long-term advances in plant disease sensing that could help them make better management decisions.” — By Erin Rodger, Senior Manager of Marketing & Communications, Cornell AgriTech