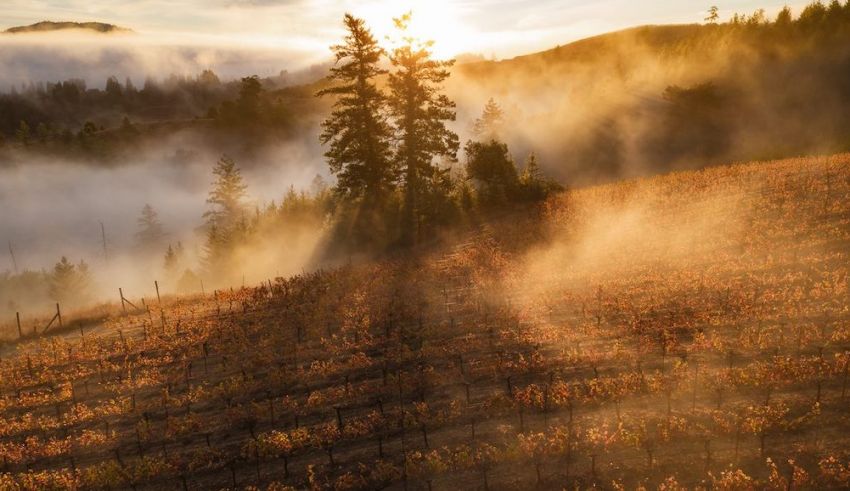 The growers in West Sonoma Coast are pushing the boundaries of what is possible in this marginal climate. Erin Brooks of Ernest Winery summarizes the significance of the new appellation noting, “A great deal of effort from our winegrowing community has been devoted to getting this AVA approved. We are excited for West Sonoma Coast to be recognized as the true coastal region within the greater Sonoma Coast appellation, a distinction that will inform the wine consumer on a unique style that is dictated by coastal proximity.”

Elevation of the West Sonoma Coast AVA ranges from 400 to 1,800 feet with vineyards planted on steep ridge tops along the San Andreas fault line up against the consistently cold Pacific Ocean, both above and below the fog line. As a result, temperatures are at least 10 or more degrees cooler than the rest of the Sonoma Coast AVA. Due to the immediate proximity of the Pacific Ocean, cold marine air and heavy fog create challenging conditions for grape growers, while offering distinct advantages for wine grapes. The maritime conditions moderate the temperature in the vineyards – daytime highs are cooler, while nighttime lows are warmer than just a few miles inland. This modest diurnal temperature swing allows the fruit to ripen slowly throughout the day and the night, a phenomenon experienced only in a truly cold-climate, maritime environment. This slow, steady ripening promotes the development of fruit that reaches true physiological maturity at lower sugar levels with pronounced acidity.

The area comprising the West Sonoma Coast AVA has a long agricultural history dating back to the 1880s, with the earliest vitis vinifera vines planted as early as 1817. In addition to wine grapes, the area still produces commercial apples and supports a lively dairy and ranching industry, as well as many nature parks, conservancy efforts and environmental projects.

About the West Sonoma Coast Vintners