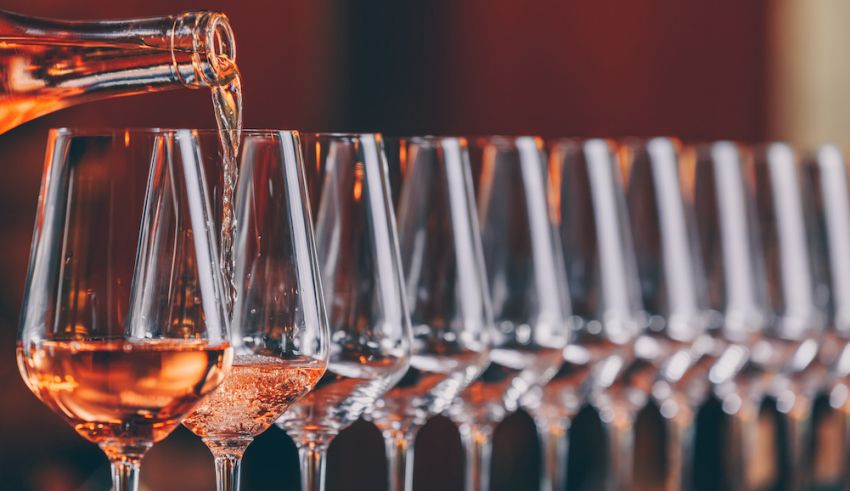 The California State Fair is pleased to announce the winners of the 2022 California Commercial Wine Competition. The highly anticipated event returned last week for three days at Cal Expo. 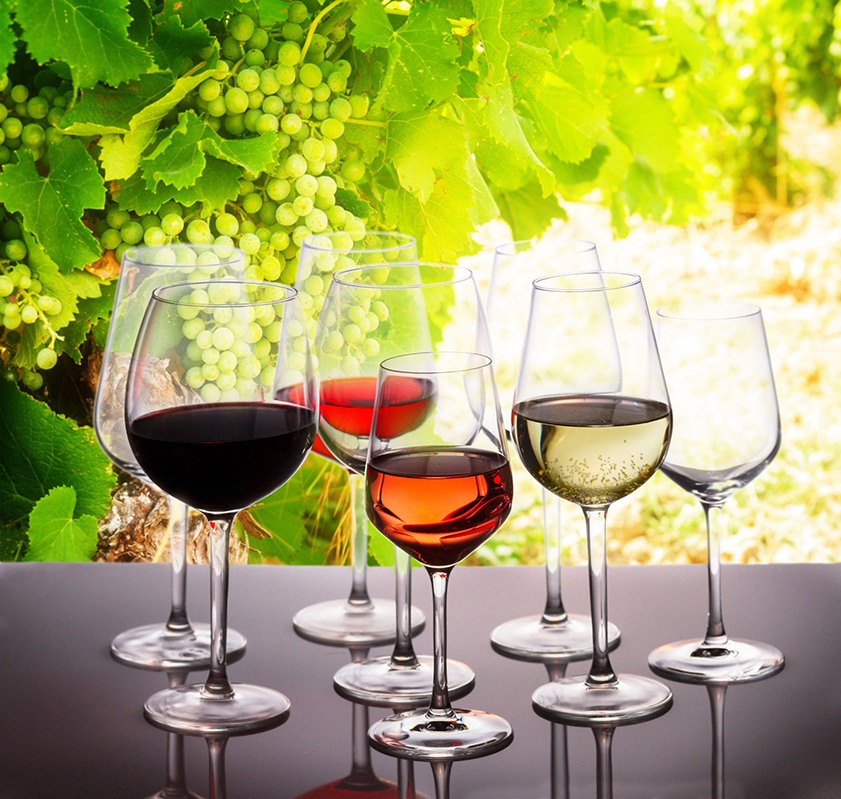 This year, a panel of 44 official judges led by Chief Judge Mark Chandler tasted and evaluated 1,953 California wines from 443 California wineries. The competition, which had been on a 2 year hiatus due to the COVID pandemic, celebrates the wine growing and wine producing industry in California. It is open only to wines made with fruit grown and produced in the eleven growing regions across the State of California. Wines are evaluated by class, varietal, style, and region based upon the source of the grapes.

A 2019 Sangiovese from Las Positas Vineyards in Livermore Valley collected Best of Show Red honors. The Best of Show White title was given to Ogilvie Merwin Ventures’ Fellow’s Brand 2021 Chenin Blanc from Clarksburg.

Top wines, including the Best of Region and Best of California winners, will be featured at the California State Fair in the Save Mart Wine Garden for visitors to enjoy July 15 through July 31, 2022. 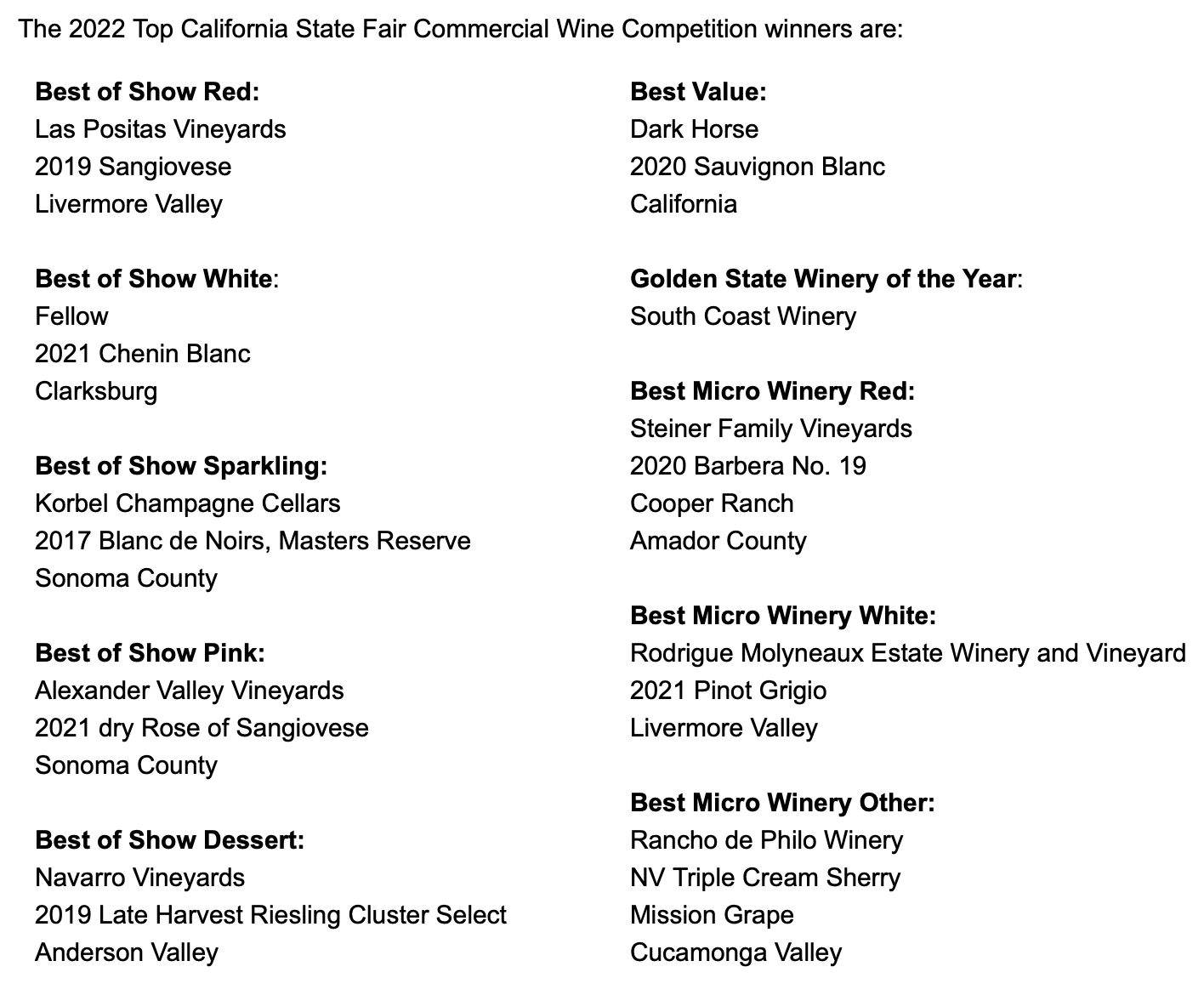 Complete results and competition information can be found on the California State Fair website at CalExpoStateFair.com/California-Commercial-Wine 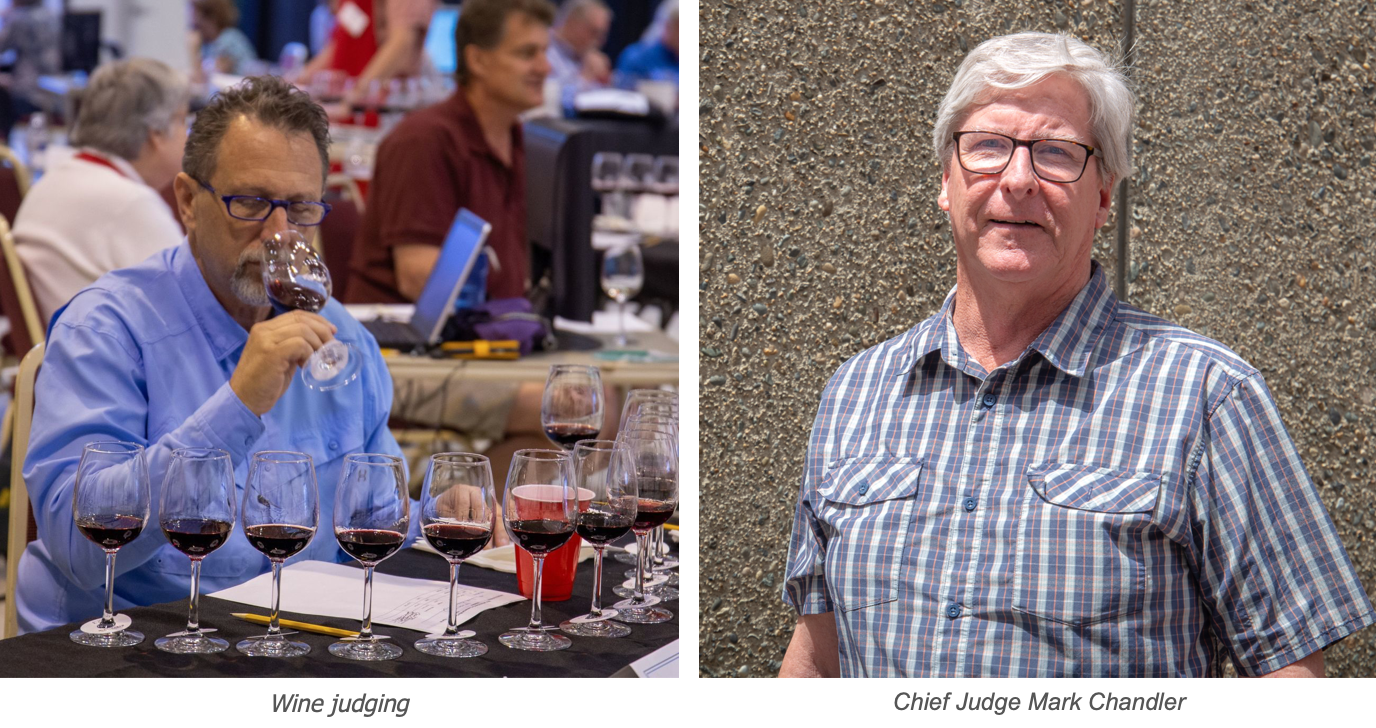 About the California State Fair

The California State Fair is an international award-winning fair, receiving top honors at the International Association of Fairs and Expositions out of more than 1,100 fairs world-wide. The California State Fair is dedicated as a place to celebrate the best the state has to offer in agriculture, technology, and the diversity of its people, traditions, and trends that shape the Golden State’s future. The 2022 State Fair will include a comprehensive list of competitions, including California’s best commercial wines, cheeses, craft beers, cannabis, olive oils, and fine arts, among others.