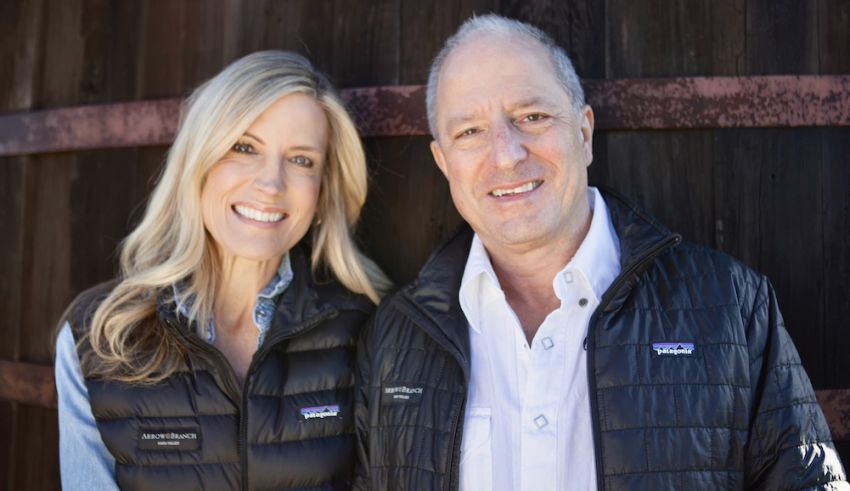 The proprietors of Napa Valley’s Arrow&Branch Estate Vineyard (www.ArrowandBranch.com) in Coombsville, Steve and Seanne Contursi, have announced plans for a new winery on the 10-acre L’attitude Vineyard they purchased in 2020. The property is in the Oak Knoll American Viticultural Area along Highway 29 in Napa at the base of the Mayacamas Mountains.

The formal groundbreaking ceremony is scheduled for August 12 and the winery is expected to be operational in August 2023.

“Our building plans were delayed by the pandemic, but we are now moving full-speed ahead. This will be the new home of Arrow&Branch, including a hospitality area for visitors’ tastings. We have a permit to produce 30,000 gallons per year, the equivalent of about 12,500 cases of our wines,” said Steve Contursi.

“The winery has been designed by Taylor Lombardo Architects with the layout and equipment selection overseen by winemaker extraordinaire Jennifer Williams. The general contractor selected to build this white-glove winemaking facility is Nordby Construction,” he explained.

Arrow&Branch was established by the Contursi family in 2008 beginning with the purchase of a 3.5-acre vineyard from renowned winemaker Tony Soter in the Coombsville AVA area. They added another 1.5 contiguous acres in 2011 as well as sourcing grapes from four of Napa Valley’s most iconic vineyards. In 2020, they acquired the L’attitude Vineyards from Bob and Joni Williamson, producers of Ideology Cellars wines.

Arrow&Branch currently performs its winemaking and hospitality at Brasswood Cellars in St. Helena. The brand offers single vineyard Cabernet Sauvignons from Beckstoffer Dr. Crane Vineyard, Vine Hill Ranch Vineyard, and an expected release in 2024 from Beckstoffer To Kalon Vineyard. Other Arrow&Branch wines include their flagship Right Bank Bordeaux Blend that features their estate Cabernet Franc, Cabernet Sauvignon, and a Sauvignon Blanc, all sourced from historic vineyards in Napa Valley.

The name Arrow&Branch is a reference to numismatics. Since 1975, Steve Contursi has personally invested in and traded historically significant, museum-quality, ultra-rare United States coins.

Steve once owned the first gold coin struck in the United States, the legendary 1787-dated Brasher Doubloon that he sold for $7.4 million to a Wall Street investment firm in 2011. Part of the design on that early American gold coin, and a motif used on many other U.S. coins since then, features an eagle holding an olive branch and arrows in its talons. It signifies that the U.S. is a nation of peace but ready to defend itself. That enduring design inspired the name, Arrow&Branch.