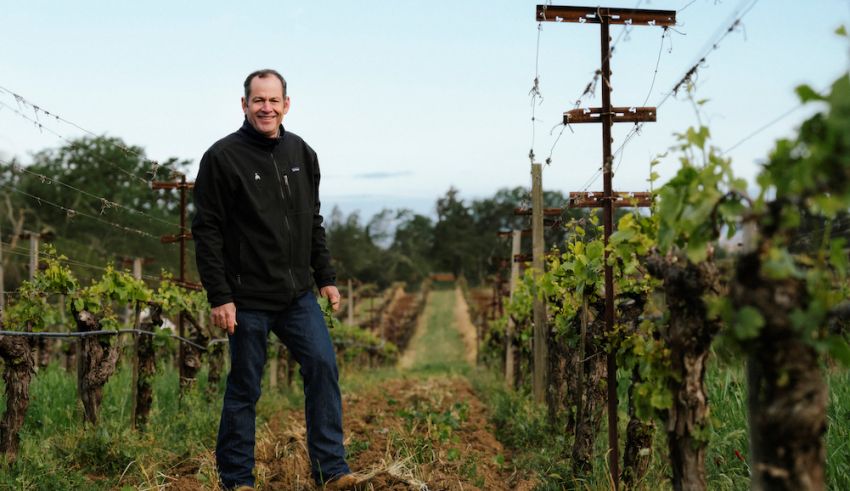 Arnulfo Solorio has been named the 2022 Napa Valley Grower of the Year. Solorio (“Nufo”) is a Partner and Vice President of Operations at Silverado Farming Company, where he has served in leadership roles since 2002.

Nufo served three 3-year terms on the Napa Valley Grapegrowers Board of Directors, as the first Hispanic person to serve in that capacity. His legacy may, however, be the creation of the Napa Valley Farmworker Foundation in 2010. Nufo was passionate about starting the Foundation as a way to provide professional development and educational opportunities to farmworkers and their families. The Farmworker Foundation now serves thousands of people each year through its programs in literacy, leadership, vocational training, mentorship, and community participation. Arnulfo serves as a Director on its Board and is currently Chair of the Farmworker Education Committee.

Nufo was born in Patzimaro, Michoacan, Mexico. From a young age, he dreamed of going to school, but his family were ranchers in Mexico, and he was told: “Books do not feed you; animals and land do.”

Following his dreams, Nufo travelled to Napa at the age of 14, but quickly realized in order to get an education, he needed money. He began working at Charles Krug as a field worker and mechanic’s assistant while following crops through Arizona, California, and Washington. He eventually worked his way through school and was able to enroll in Napa Valley College in 1984. Since he began at the college, he has completed enough courses to receive three Associates Degrees – while working full-time and raising a family. That he had energy left to volunteer through the Napa Valley Grapegrowers and make such a difference in our community is testament to his work ethic and strong sense of self.

Solorio was the first person in his family to become documented, become a citizen, and go to school. He has worked as a vineyard manager for some of the most storied of Napa’s properties, including Franciscan, Domaine Chandon, Mondavi, Charles Krug, and Tonella Family.

He strongly believes education is the key to success and that learning never stops. Beyond managing operations and personnel at Silverado Farming Company, he is part of the team that develops training, education, personal growth, and reward programs for employees. He believes that empathy and compassion are the key to successful leadership.

NVG President Michael Silacci noted, “It is no wonder that someone as thoughtful, humble, and passionate as Arnulfo hatched the idea of the Farmworker Foundation.  We are grateful for his tireless efforts in the community and his leadership within the Napa Valley Grapegrowers”.

Nominations for the Grower of the Year come from the NVG membership. The recipient is chosen by a special Selection Committee made up of Past Presidents, current Directors, and active committee members. The award criteria include: a strong commitment to sustainable practices; recognized leadership in agricultural preservation; dedicated community focus, contributions to the Napa Valley Grapegrowers; and someone who actively promotes Napa’s reputation for the highest quality vineyards. About the Napa Valley Grapegrowers

The Napa Valley Grapegrowers is a non-profit trade organization that has played a vital role in strengthening Napa Valley’s reputation as a world-class viticultural region for 46 years. Its mission is to preserve and promote Napa Valley’s world-class vineyards. NVG represents 685 Napa County grape growers and associated businesses.