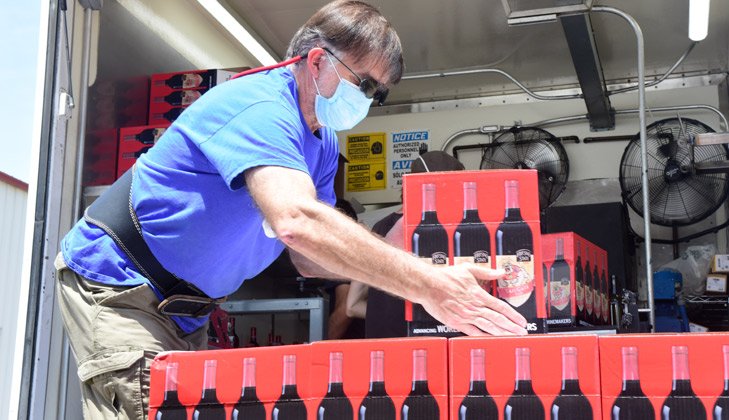 When local flight instructor Paolo De Censi is flying over the Central Valley, it gives him a chance to glance over at the Fresno State vineyard and winery that have fueled his other passion the past four years.

De Censi, who turned 60 in April, received his bachelor’s degree in enology this month, after balancing a full-time class schedule with a 20-hour-a-week teaching load at JB Aeronautics, based out of the Fresno Yosemite International Airport.

That career started almost 30 years ago when he took his first aviation class in 1992 in Daytona Beach, Florida.

“I wasn’t one of those kids that always dreamed of flying,” De Censi said. “In my 20s, a friend who had his license got me into it a little while I was working as a computer programmer. When I realized that many co-workers were much better than I at it, I decided to find a profession that was fun and started saving up to take flying lessons, and I’ve never gone back.”

His interest in winemaking started at an early age with his grandfathers who grew grapes and made wine in northern Italy in the Piedmont and Lombardy areas near Milan where he grew up.

“Wine is such an important part of the Italian culture in so many ways,” De Censi said. “All of our family helped out at harvest, and those experiences bound us together. I still remember when my grandfather offered me my first taste when I was a kid.”

Agriculture emerged on his professional radar after a biology professor recommended it as a career option while he was a student at Los Angeles Pierce College. He later graduated with an associate’s degree in agriculture from the Woodland Hills institution in 2013. Prior to that, he had received an associate of science degree in aviation maintenance from West Los Angeles College in 2008.

“I guess you could say classes have become an addiction,” De Censi said. “After I lost my job as a flight instructor in Italy (in 2004), I came back to the U.S. via a student visa, and I had to keep taking classes to renew my visa. I needed to take 12 units each semester and work, so it was like a puzzle which classes would fit into a schedule for me to do both.”

Being a student for so long has also given him the chance to expand his horizons in other ways.

He speaks Spanish fluently, dabbles in French and has a wide spectrum of academic interests. A smattering of the topics of his Fresno State classes include Chinese, deaf culture, dinosaurs, energy conversion, Latin American studies, massage, Pilates, planet Earth, pop music, violent weather and yoga. He has excelled in them with a 3.78 GPA, and he was nominated for the Dean’s Medal for the Jordan College of Agricultural Sciences and Technology.

What’s next for the budding winemaker?

Possibly a master’s degree with the same Fresno State enology program to add research and production experience at the award-winning campus winery that is regarded as the nation’s best.

“I’ve been so busy with both areas that I haven’t had as much time to improve my hands-on winemaking skills,” De Censi said. “It’s like when you start to get your private pilot’s license, they say you’re at a 0 level. I feel like that’s where I’m at, but the winery here is such a great place to learn.”

After that, he knows opportunities will open up with his Fresno State degree and training. He would consider working at wineries in Central California or throughout the state, and the only caveat is that he would like an airport nearby. He would also consider a return to Italy, and especially enticing would be Cinque Terre, a string of five towns and villages on the northwest coast.

“It would be nice to go back there and work,” DeCensi said. “It’s so beautiful, and the wine is great. However, it’s not easy to work in the vineyards there because of the steep slopes and terraces. I try not to have any long-term goals, because they never work out. I want to enjoy the next few years here, and then we’ll see.” 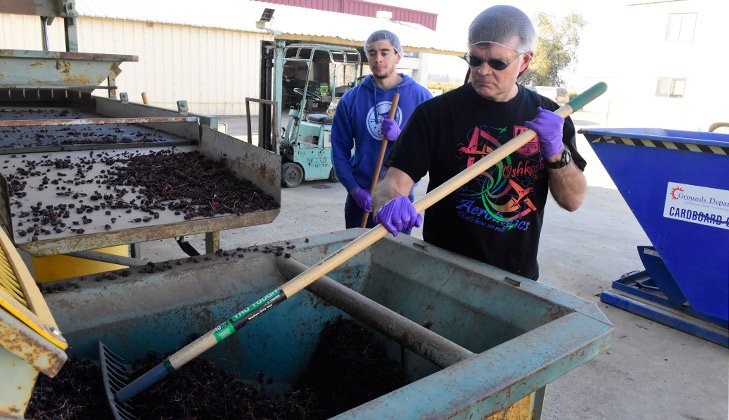